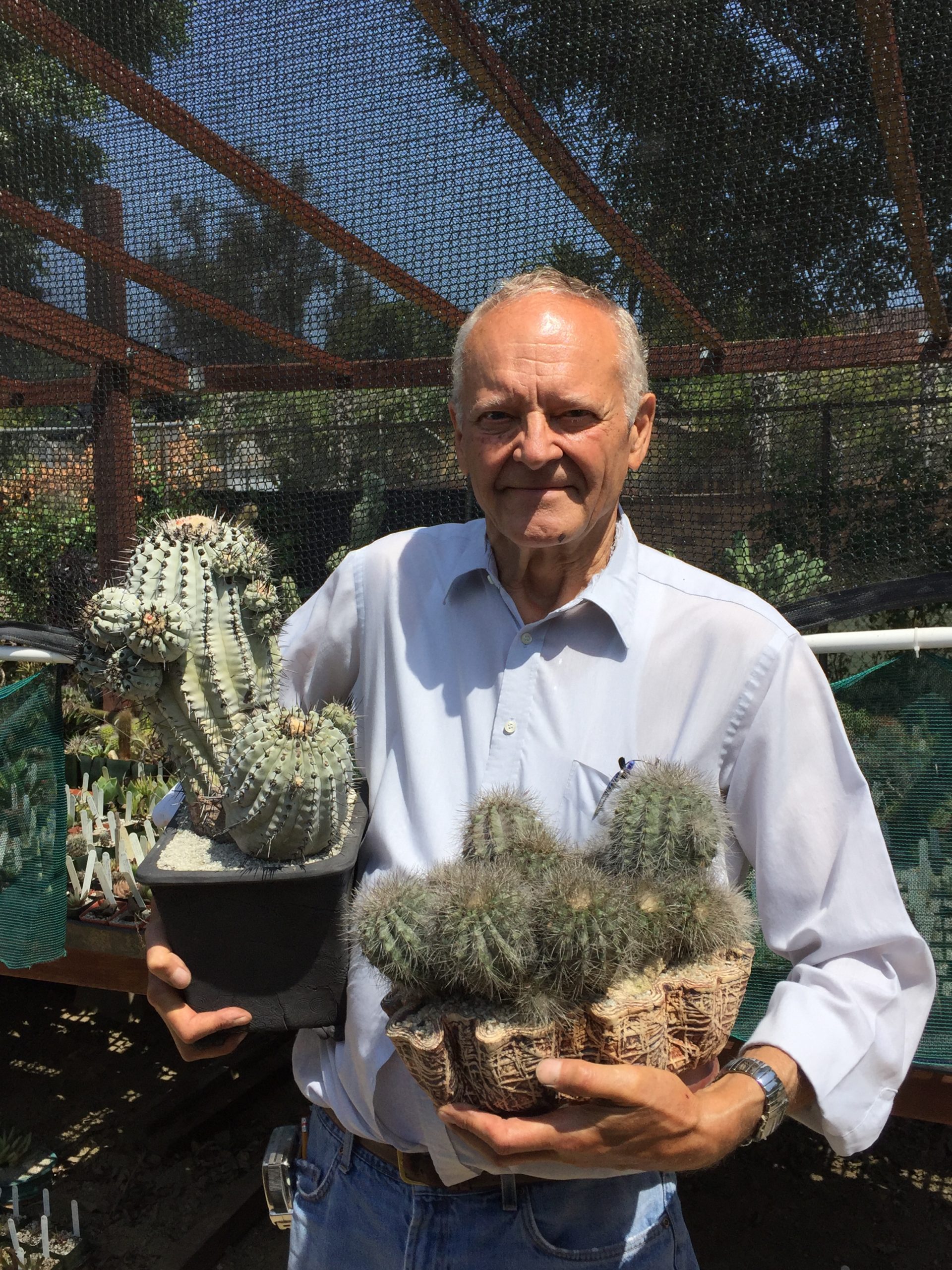 PRESENTER FOR MARCH:  Gary Duke – “Chile – Land of the Ancients”.

Gary shows 7 cacti and 5 succulent genera, to include about half of the known Copiapoa species. He also includes some geologic features and artwork. He includes about a 2 minute unique drone video of a couple of sites showing one mountainous site and one plateau site.

Gary Duke is an incumbent on the Board of Directors to the Cactus and Succulent Society of America.  He currently assists with auditing the CSSA finances each year and also is a member of the Honors Committee. He has been collecting cacti and succulents for over 50 years.  He’s an avid collector of cacti and also collects Tylecodons and Dudleyas.

Gary is a retired Air Force officer with a doctoral degree in physics.  During his military career, he moved his original and ever expanding collection of less than about 30 plants from Illinois, where he grew up, to Omaha, NE, Dayton, OH (where he started their first C&S Society, which is now defunct), San Pedro, CA, Montgomery, AL and Albuquerque, NM where he had been show chairman.

Gary has also been President of the South Coast Cactus and Succulent Society and the Long Beach Cactus Society.  Following his military career, he worked as a program manager for Boeing for 16 years.

Gary has over 1000 different species in his private collection and enjoys propagating them. One can view some plants in his collection on his Instagram site:  garyduke53. He frequently gives slide presentations throughout southern California, including being invited to speak at the Huntington Botanical Gardens and at the Denver Cactus and Succulent Society.  He has traveled to Aruba, Peru, Baja Mexico, Bolivia, Argentina and Chile to see cacti and succulents in habitat.