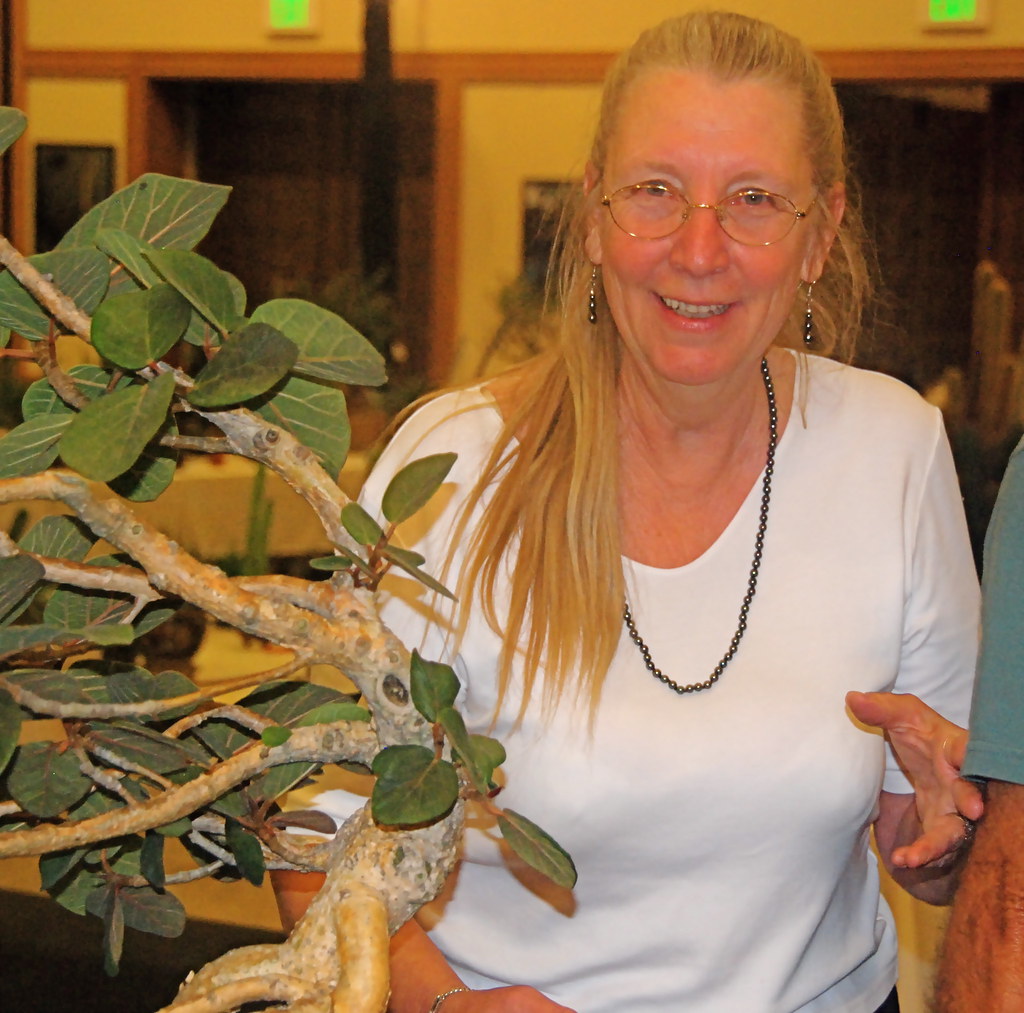 Since we are not having a Show and Sale this year, we have invited Karen Ostler to give a Zoom presentation on “Staging”. Karen is a master stager of cacti and succulents.

Karen has been growing cactus since she got her first ‘real’ cactus, a Gymnocalycium friedrichii, now G. stenopleurum, in the spring of 1979. That same year, in the fall, she purchased 6 Mammillarias in 2 1/2”pots. She still has two of those plants; M. albilanata ssp. tegelbergiana and M. lloydii.

In the years since she has been involved with both the CSSA and Intercity Shows as a general helper, and has been Show Chair for the Sunset Succulent Society for at least the last 15 years.

Originally, she was living and growing both cactus and succulents in the San Fernando Valley but since moving to the high desert, she decided to concentrate on growing cactus only. She is focused on Ariocarpus and related genera, Mammillarias, North and South American Opuntias, and Gymnocalyciums.