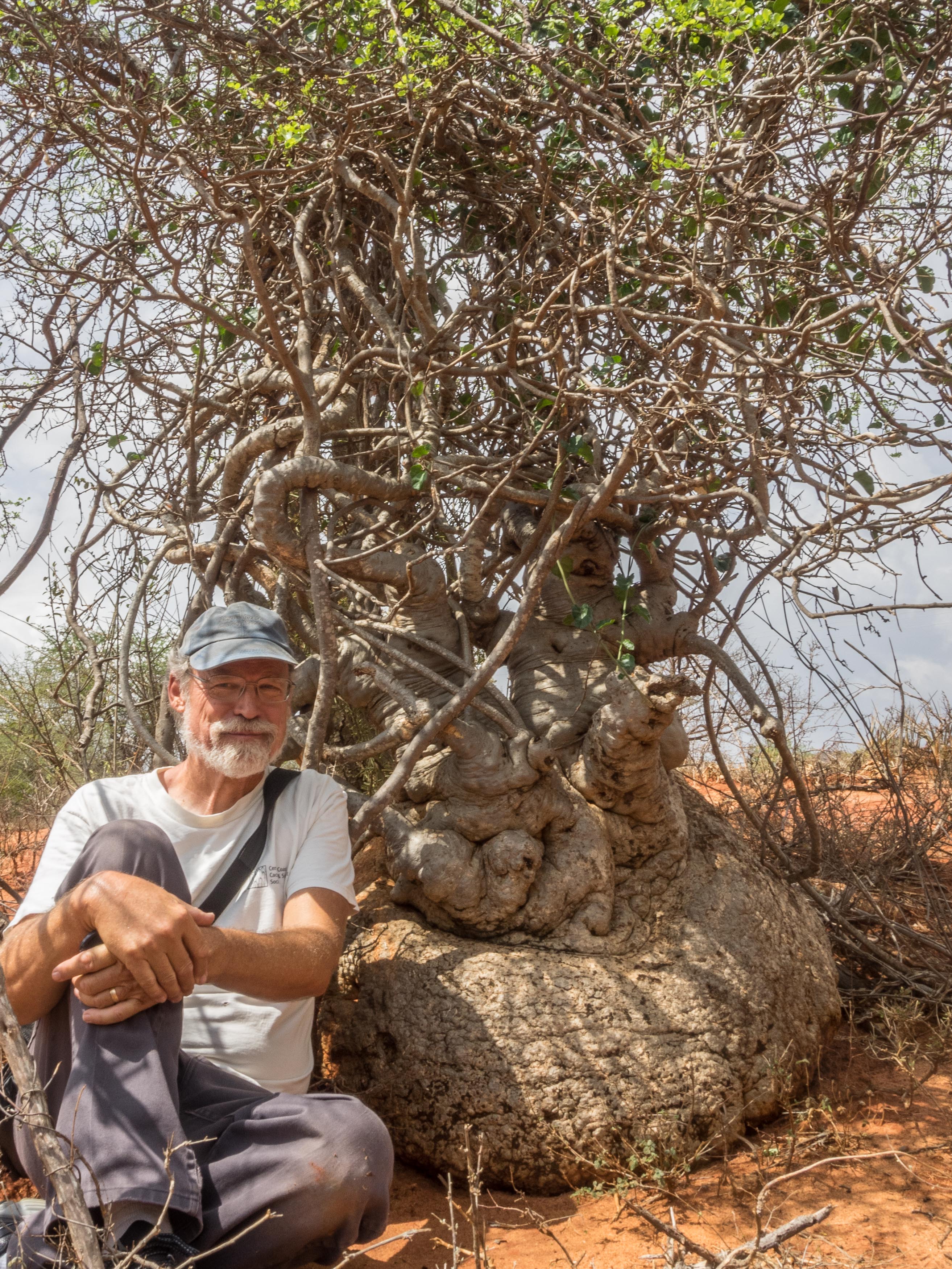 Cactus of the Month: Thelocactus

Succulent of the Month: Aeonium, Greenovia

Kenya is a small country in tropical east Africa bisected by the equator.  Weather conditions are uniformly warm (70°-90°) and humid along the sandy plains bordering the Indian Ocean.  Temperatures are cooler on the higher elevation savannas in the central area (55°-77°), and hot (75°-95°) on the arid northern plains.

In these warm areas there is a great abundance of succulents, many of which are common in enthusiasts’ collections – and the weather conditions found here give an important insight into their successful cultivation.

The Great Rift Valley cuts through the country north to south, with many major volcanic features associated with it – these areas can have a much higher elevation (Mt Kenya is 17,057’) and range from temperate to very cold.

Along with Tanzania to the south, Kenya is well known for its many world-class wildlife reserves and national parks, but wild animals are not limited to these areas and can often be seen throughout the country.

This month’s program will be presented by Rob Skillin and feature habitat photos of the succulents of Kenya from a wide variety of plant families. 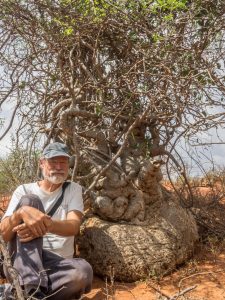 I have been growing cacti and succulents for 40 years, and have been involved in various local societies for most of that time.  The first office I held was Show and Sale Chairman for the Santa Barbara C&SS, during the late 1980’s.  After moving to California’s Central Valley, I became a founding member, and later, President of the Bakersfield C&SS.  In 2005, after another move, I was a founder of the Central Coast C&SS and became its first President.  This society now boasts 260+ enthusiastic members, and held its very successful twelfth annual show and sale in May of 2018.  I have also been involved with the CSSA as a member of its Board of Directors.

My first interest, which continues today, was cacti of the Chihuahuan desert, especially those unique genera such as Ariocarpus, Aztekium, and Strombocactus, etc.  Gradually, I diversified my collection to include Mesembs, Haworthias, and other succulents, particularly caudiciforms.  I’ve spent many years studying the cacti of the US, particularly Sclerocacti and Pediocacti.  I am an avid grower of plants from seed, and now have a number of seed-grown specimens in my collection dating back to 1982.  As an acknowledgment my expertise with these plants, I have been asked to judge numerous shows throughout California, including the CSSA, Intercity, NORCAL, LA, Fresno and San Diego shows.

Along with my interest in cacti and succulents, I enjoy photography and travel. These interests have come together in a wonderful way during my botanical explorations of the western US and Mexico, and portions of South America, Africa, Madagascar and the Middle East. I have several programs based on these trips, and I speak regularly to clubs in northern and southern California.  Many of my photographs have been published as illustrations for articles and covers of the Journal and Haseltonia, as well as the Timber Press Book of Succulents of the World.