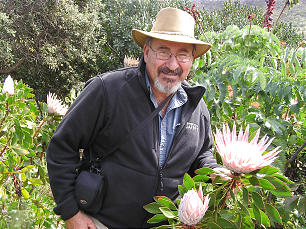 PRESENTER FOR FEBRUARY IS: Panayoti Kelaidis – “Designing Gardens for Succulents” 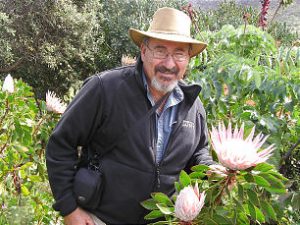 Panayoti Kelaidis is a plant explorer, gardener and public garden administrator associated with Denver Botanic Gardens (DBG) where he is now Senior Curator and Director of Outreach. He has designed plantings for many of the gardens at DBG, he is particularly noted for the plantings of the Rock Alpine Garden.  He has introduced hundreds of native ornamentals from throughout the Western United States to general horticulture. He has taken six collecting trips to Southern Africa researching the high mountain flora there, as well as travels to the Andes, the Himalaya (from both Pakistan and China) as well as travels throughout much of Europe, and Turkey. Many of his plant introductions are available through Plant Select®, (a plant introduction program he helped launch along with staff from Colorado State University and nurseries across America). He has lectured in over 100 cities in seven countries, and has been featured in dozens of television, newspaper and magazine pieces. He has published widely in popular and technical horticultural journals.

In recent years Panayoti has been honored with the Boulder History Museum’s 60 Year Living History award in 2004, in 2003 by being inducted into the Garden Club of America as Member-at-Large, in 2002 he received the National Garden Clubs Medal of Honor and in 2000 he received the Arthur Hoyt Scott Medal from the Scott Arboretum at Swarthmore College. He has received four awards from the North American Rock Garden Society. In 2004 he was inducted into the Colorado Nursery and Greenhouse Association’s Hall of Fame. In 2009 he received the Liberty Hyde Bailey Award of the American Horticultural Society.