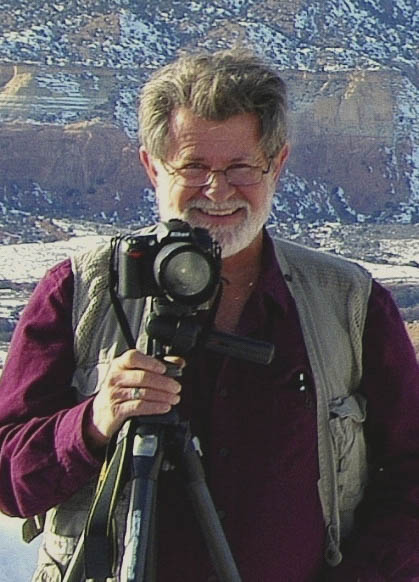 Will be an in-person meeting … YAY!!

Evidence of Covid vaccination required to attend the SCCSS Club meeting.  Bring your vaccine card, as we will be checking at the door.  No admission without evidence of vaccination.
Click here for directions and parking.

PRESENTER FOR March: Woody Minnich: “The Cacti and Succulents of New Mexico”

Woody, as he is commonly known, grew up in the Mojave Desert and has had an attraction to desert plants and animals since the early 1950’s. He has been involved with the cactus and succulent world for over 52 years, as a grower, field explorer, club and organization leader, writer, photographer, lecturer, and presenter.

He has published numerous articles and reviews in various journals (CSSA) and his photography is featured in many books including; “The Copiapoa” by Schulz, “The Mammillaria Handbook” by Pilbeam, “The Cactus Lexicon” By Hunt and Charles, as well as many others. He is also featured in electronic articles about conservation from “MNN Mother Nature Network” and “The Guardian Newspaper.”

Woody and his wife, Kathy, live in Cedar Grove, New Mexico. He is a retired secondary school teacher of 32 years where he taught Graphics, Art, and Architecture. As an educator, he has become an important part of the hobby and thus is an honorary life member of thirteen C&S societies across the country. He has been president, show and sale chair, newsletter editor, program chair, and plant of the month coordinator. Woody has also served on the CSSA board and numerous societies in many other leadership positions. He is a co-creator, and currently the president, of the Santa Fe Cactus and Succulent Club. With 52 years in the hobby and 64 years in the field he has many experiences to share and thousands of photos to show.

New Mexico is an unusual state in comparison to its neighbors. To the west is the warm, often very hot, Arizona which is heavily influenced by the Sonoran, Coloradoan, and Mojave deserts. Texas can also be very hot and dry to its west, as well as extremely wet and humid in its south. Texas has probably the greatest number of cactus species of any state due to it being strongly influenced by the Chihuahuan and Tamaulipan deserts. To the north of New Mexico is the generally higher elevation and mostly cooler state of Colorado. With these three distinct adjacent states, New Mexico has a unique combination of all three. It has some Chihuahuan influence in its south and more Coloradoan relationships through its central and northern regions.

Most of the New Mexican cacti and succulents make great garden plants but can also be very handsome potted specimens. Allowing these genera to have a cool to cold winter is advised. They generally flower and grow better after winter dormancy. We will not see all the New Mexican species of cacti or succulents in this presentation but we will visit the great majority and the most impressive. Come travel with Woody to the succulent territory of the beautiful, scenic, and historic state of New Mexico.