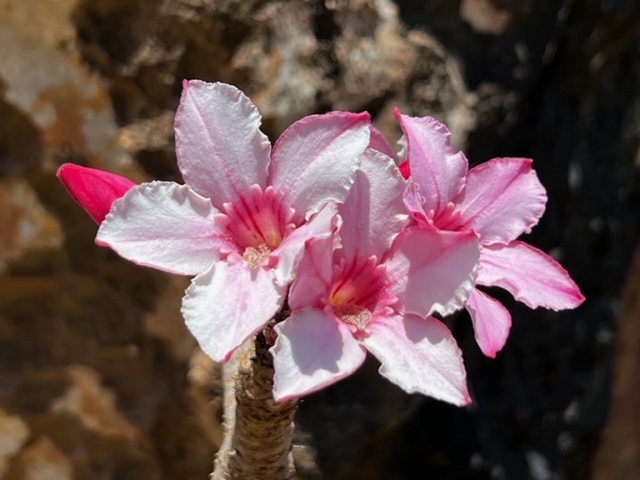 PRESENTER FOR NOVEMBER:  Kelly Griffin: “Now and then.  An update on the Yemen island of Socotra.”

Kelly will share the flora and fauna he found over two trips to Yemen and Socotra.  It is an incredible place that is not easy to access and even now that it has opened up a little, it’s still difficult.  The plants are under pretty severe stress from the pressures that man brings about stemming mostly from “progress” and increased farming.  The mainland is still impossible to get to because of the civil war that is still on going there.
Kelly will share and discuss some of the plants from Mainland Yemen too.

Kelly is a succulent plant hybridizer, propagator and avid plant explorer.  Like many of us, his interest in plants and particular succulent plants, started at a fairly young age.

Since his early exposure, Kelly has traveled to 20+ countries searching for plants, visiting Madagascar 5 times, South Africa 5 times and Mexico 25 plus times to name a few. He worked as the Curator of Succulents at Rancho Soledad Nursery for 11 years and for the past 10 years he has been working for Altman’s Plants as Succulent Plant Development Manager.

He has become well known for his hybridizing and is responsible for over 100 succulent hybrids now in the trade, including Aloes, Agaves and Echeverias. His specialty that he is well known for are his Aloe hybrids that are 30 years in the making (Pink Blush, Delta lights, Christmas Sleigh and Coral Fire etc) and some Agave hybrids and selections too (Blue Glow, Snow Glow, Cubic, Black and Blue, Dragon toes, Spawn, and Crème Brûlée to name just a few). He is also responsible for obtaining seed from many interesting species and propagating the seed for all to enjoy in cultivation.

He currently serves as a director on the board of the Cactus and Succulent Society of America.

He will be bringing some of his hybrids and some seed grown plants for sale.