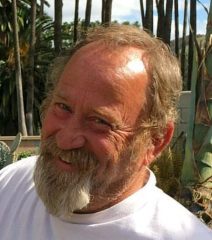 Cactus of the Month: Gymnocalycium

Succulent of the Month: Pachypodium

Rob’s talk will be a discussion of methods used to save damaged plants, in addition to methods that intentionally inflict damage to promote offsetting. The discussed methods include: bisection, decapitation, and hot nailing. Rob will also incorporate a hands-on demonstration of each of the previously listed methods. The goal of this discussion is to demonstrate the additional benefits of these procedures beyond forced offsetting.

Rob Roy MacGregor started this hobby later in life after he and his family bought their house in Riverside. With the ample space their new backyard provided, he began creating a cactus landscape. He gathered plants from local box stores and building supply yards. In order to acquire more plants, in various varieties, he began volunteering his time at Jurupa Mountain cactus gardens. It was there that he met his mentor who aided in his cactus education by insisting he learn the correct scientific names and spelling of plants. On top of helping learn the naming of plants he encouraged Rob to make observations on the plants and how they grow. In doing so Rob was led down the path of propagation. By then, Rob had joined a few cactus clubs further exposing him to plants and expanding his collection to new heights. Today, he has 5 small structures filled with plants in addition to his front and backyard landscapes designed with his cacti and succulents.